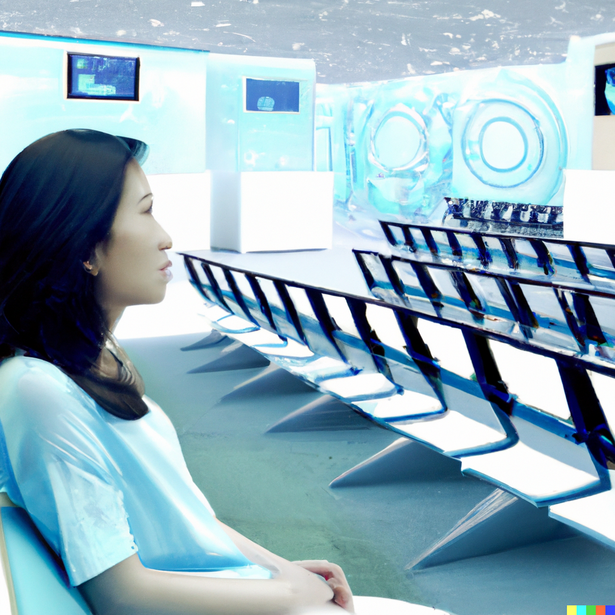 Image AI-generated by DALL·E.
Prompt: “Woman waiting in a futuristic hospital with computers in the background”

During the night, Mayra’s health monitor started to detect a new bacterial infection. This implanted device, continuously monitoring her bloodstream, warns Mayra that she is probably infected with the bacteria burkholderia pseudomallei. This bacteria, categorized as tropical even decades ago, is now relatively common in the United States.

Because of its dangerousness, Mayra is informed that she has to go to a Center for Diseases without delay. (Otherwise, she could have just gone to the drugstore: over-the-counter phage cocktails are generally used for more trivial infections).

At the Center, her blood is drawn to confirm the infection. The computer, after having extracted and sequenced the genome of the bacteria, identifies phage φ192e1-a as the perfect candidate to fight this infection. (The -a postfix indicates that this phage is not originally found in nature. It has been discovered by artificial intelligence, successfully tested, and FDA approved.) 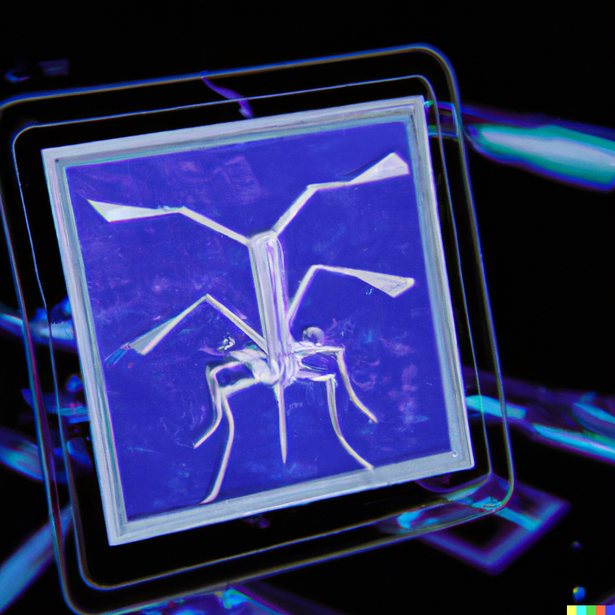 Synthetic bacteriophages are now the preferred method to fight bacterial and fungal infections.

Three main reasons for this.

First, the prevalence of antibiotic resistance has dramatically increased during the last decades. This situation was long expected, and the regulatory landscape slowly but surely adapted accordingly in favor of phage therapy. Second, one of the least expected effects of global warming has been the emergence of human diseases caused by fungi. Phages have revealed themselves as more powerful than classic fungicides to fight these complex infections. Third, continuous monitoring and synthetic phage production have made phage therapy more convenient and less expensive.

There is no longer the need to keep specimens in phage banks: they are now generated on demand. The whole DNA sequence of φ192e1-a is recorded in a database, and these phages are synthesized. Once produced, they are orally administered.

Soon, Mayra is healed before developing any symptoms.